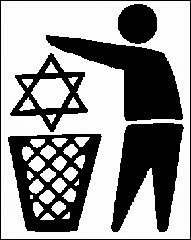 What if by this Sunday the Israeli Operation Protective Edge proves to be successful? As in on Day 12 of
this massacre, there is no more Hamas to rebel and shoot useless rockets towards Tel Aviv – useless rockets thanks to US generous funding to Israeli protection, courtesy of US taxpayers. As in Hamas shot down and disappears. Then what?

Will Israel/US launch the Operation “We regret stealing your land dear Palestinians and we are returning it” on Day 13? Will Netanyahu/Obama be benevolent and return the stolen Palestine to their rightful owners? Of course not.

So please Israeli propagandists. STOP making as if your war is against Hamas! Hamas didn’t even exist when Israeli military occupations/robbery started! Israel is at war with PALESTINE. Gaza is to Hamas what it is to all Palestinians. STOP magnifying Hamas as the face of Palestine. When you occupy Al-Aqsa mosque, the whole of Palestine bleeds, not only Gaza and Hamas!

I hope the ground swallows you Netanyahu and Obama.

Call me anti-Semitic. Any human being in his right mind would be disgusted.
Posted by Ruzayna Beegun at 4:08 AM No comments:

{excerpt from Part I}

Sex. Intoxication. Fun. These three words summarize her first experience in the working world. On the sixth floor of the newly-built skyscraper, she slowly crawled her way out of school life into adulthood. Not completely adulthood – otherwise she would have quickly understood that a helping hand meant she’ll be expected to lift her skirt up later on – but definitely not school and teenager life. She just turned eighteen when she decided to take a dip into the work ocean before focusing on her future education plans. Completing high school was considered as one tick on the to-do list of her life. She wanted, at all costs, to become an intellectual. Several factors pushed her towards this goal, most importantly, her cultural capital.

Growing up among non-ambitious people motivated her to become different. Their lives were too dull for her taste. The housewife picture simply didn’t attract her. Her childhood and teenage analyses led to few equations. From the time she was fifteen, she was convinced that education was her way out of the boring setting she grew up in. Dullness was equal to no ambition which was equal to no education - an equation which eventually changed her whole life. Back in those days, she was constantly irritated by her surroundings. The instinctive part in her head was always cursing the way her folks carried on with their daily chores. The way they talked was too crude in her head. The tone they chose to express themselves in sounded wrong in her ears. The words they used were inappropriate. The jokes they made were too silly that she didn’t find them funny. Words and tones were the beginning of her frustration, and much more contributed to its explosion. The culminating part was the mentality, so she concluded.
Posted by Ruzayna Beegun at 1:41 AM No comments: